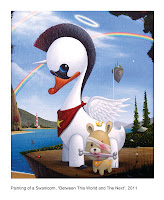 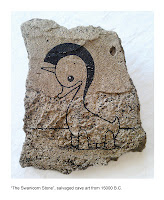 swanicorn (swon i korn), n. 1. A mystical and mysterious creature. Swanicorns are commonly part swan and part unicorn with an element of the unexpected.

APPEARANCE:
Characteristically, Swanicorns have vibrant mohawks which sit atop the head of a swan, adorned with a unicorns horn. Exhibiting a myriad of sizes and colors, there is no end to the creative beauty that a Swanicorn can possess. Some Swanicorns have even grown tails of various magnitude, while others show off their wings or shark fins.

In 2012, with ambition to bring other Swanicorn enthusiasts together from far and near and to study the secrets of the Swanicorn, Daniel Fleres founded *The Swanicorn Observation Society (S.O.S.).


SWANICORN OBSERVATIONAL SOCIETY:
The S.O.S. is a diverse collective welcoming anyone and everyone, from all over the world, to come together to express their enthusiasm for The Swanicorn.


WHAT IS THE SWANICORN OBSERVATIONAL SOCIETY MISSION:
The S.O.S. is an online community where Swanicorn enthusiasts can come together to discover and share the secrets of the Swanicorn. The S.O.S. also allows us to study the unique relationships between Swanicorn and other humans and how these bonds enrich lives and create life long friendships. 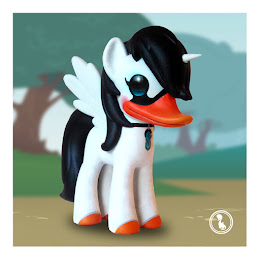